Michael received a master’s degree from NYU and law degree from BYU. He joined the firm in 1991. He has extensive practice in criminal law as a prosecutor and defense attorney. He specializes in social security disability, personal injury, government entities, medical malpractice, contracts, and estate planning.

At Helgesen, Houtz & Jones, we are committed to providing you with the professional help and legal expertise you need. Contact attorney Michael V. Houtz to find out more about how we can meet your needs, answer your questions, and help get you the benefits you deserve. 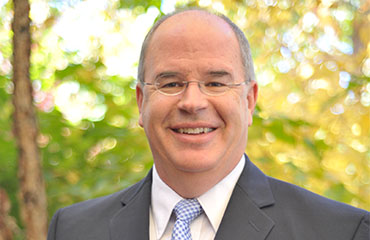 Michael Houtz has been with Helgesen, Houtz & Jones since 1991 and has been a partner since 1996. He received a master’s degree from New York University and his bachelor’s degree and law degree from BYU. He clerked for a year for the Arizona Court of Appeals.

He and his wife Susan are the parents of five children, three daughters and two sons. He met his wife
while serving as a missionary in France.

Outside the office he enjoys reading and sports. He has run 22 marathons, including the New York City Marathon and is a member of the 10 year club at St. George. His favorite sport is baseball which he played in college, and he and his family are avid fans of the New York Yankees. They have attended many games at Yankee Stadium. He enjoys traveling with his family, and loves to be out early in the quiet of the morning.

Michael enjoys his practice in the areas of social security disability, personal injury, government entities, medical malpractice, contracts, and estate planning. He has had extensive practice in criminal law both as a prosecutor and a defense attorney. He has been a lead attorney in successful class action lawsuits.