Richard received his B.A. in economics and graduated from BYU Law School in 1982. He has been successfully practicing law in Ogden, Utah since 1983— he has been with the law firm ever since. Rich specializes in homeowners associations, condominium and real estate law, evictions, and foreclosures. 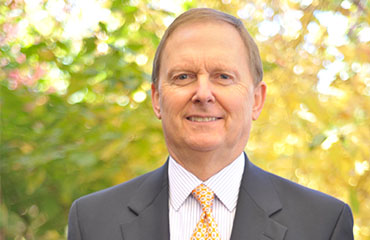 Mr. Jones is a graduate of Brigham Young University. He received his B.A. in economics in 1979 and received a law degree from the J. Reuben Clark Law School in 1982. He became a member of the California Bar in 1982 and the Utah Bar in 1983. Rich has been practicing law in Ogden since 1983 when he joined the firm which is now Helgesen, Houtz & Jones.

Rich and his wife live in Davis County and are the parents of 5 children (all girls except 4). His oldest son will join the firm in 2013 upon graduation from law school at BYU. Over the years he and his family have participated in humanitarian projects in Guatemala, Peru and Kenya, experiences he says are life changing. He enjoys golf, baseball and BYU sports.

Rich is also a member of the Rex E. Lee Inn of the American Inns of Court.